All oaks can be infected by oak wilt. Some types of oaks are more susceptible than others. There are three groups of oaks, which range from highly susceptible to resistant to the disease:

Foliar symptoms, patterns of tree mortality, and the presence of fungal mats can be used as indicators of oak wilt. However, laboratory isolation of the fungus is recommended to confirm the diagnosis. A trained expert should be consulted.

Most live oaks defoliate and die over a 1- to 6-month period following initial appearance of symptoms. Some live oaks take longer to die, and a few untreated trees may survive many years in various stages of decline. Occasionally, a few live oaks in an oak wilt center may escape infection and remain unaffected by the disease. Red oaks never survive oak wilt and often die within 3 to 4 weeks following the initial appearance of symptoms. During summer months, diseased red oaks often can be spotted from a distance because of their bright autumn-like coloration in contrast to the surrounding greenery. 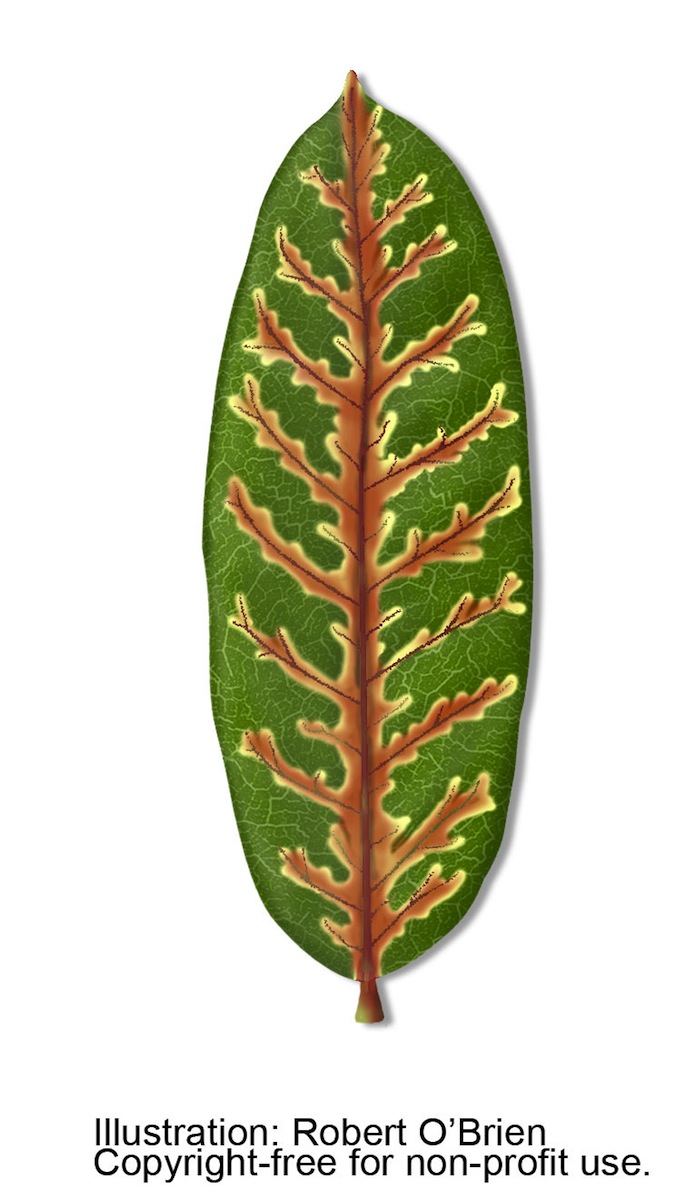 Leaves on diseased live oaks often develop chlorotic (yellow) veins that eventually turn necrotic (brown), a symptom called veinal necrosis. Initially, the leaf vein is a darker green then the rest of the leaf. This early symptom is called vein banding and is seen before veinal necrosis develops in leaves on the tree. Defoliation may be rapid, and dead leaves with brown veins often can be found under the tree for months after defoliation. Leaves may exhibit other patterns of chlorosis and necrosis, such as interveinal chlorosis, marginal scorch, or tip burn, but these symptoms are less reliable than veinal necrosis for diagnosing oak wilt in live oaks. 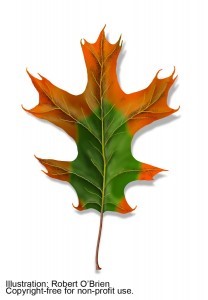 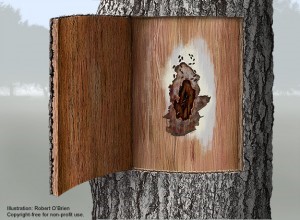 Fungal mats are reliable indicators for diagnosis of oak wilt. These specialized spore-producing structures most often form in the spring on red oaks that developed advanced symptoms of oak wilt the previous late summer or fall. Red oak infections in late spring and summer usually do not give rise to fungal mats due to high temperatures and low soil moisture conditions. Fungal mats can be found by looking for inconspicuous narrow cracks in the bark of dying red oaks leading to hollow areas between the bark and wood. They often have a distinctive odor similar to fermenting fruit. Fungal mats can be exposed for inspection by chopping away the loose bark.